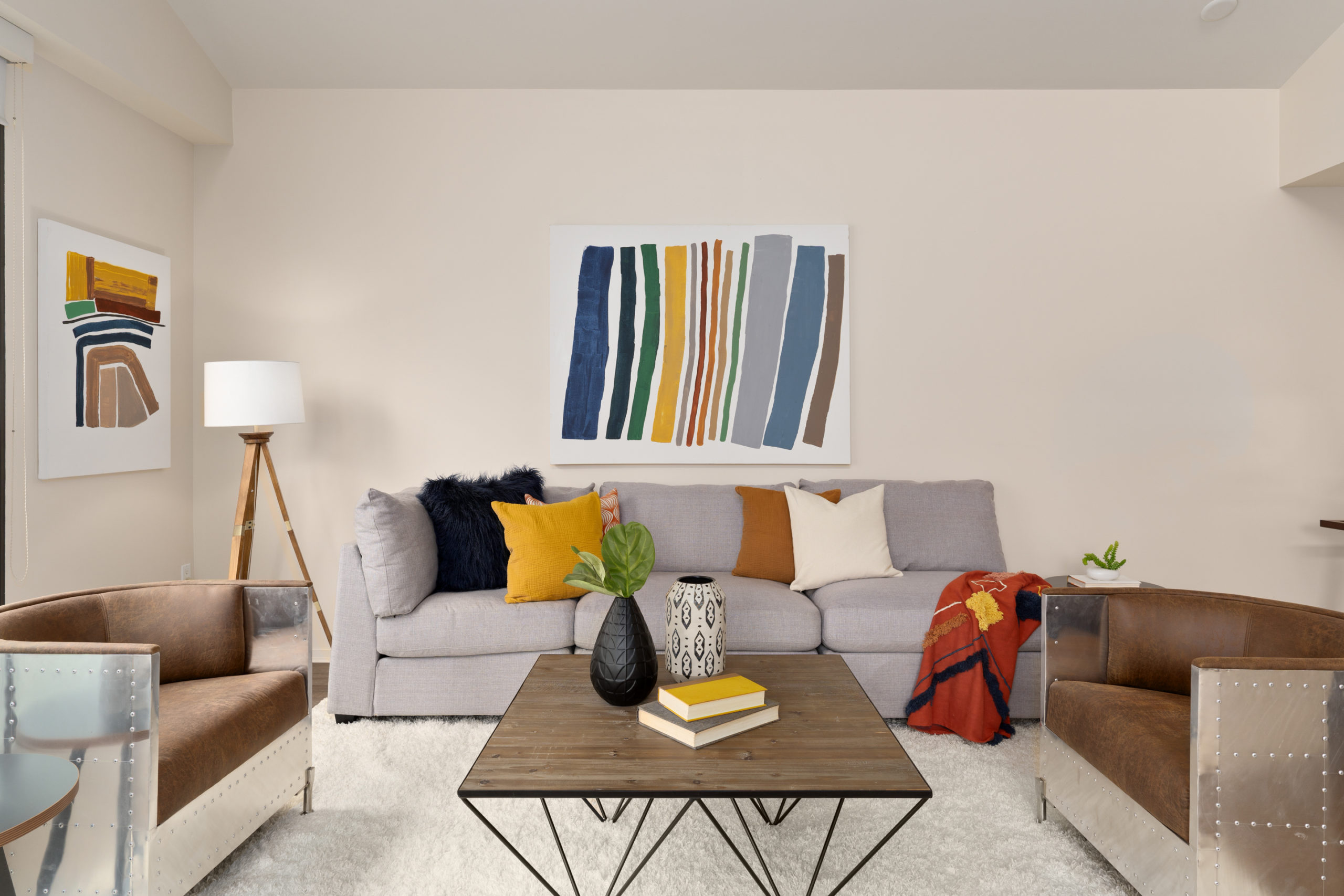 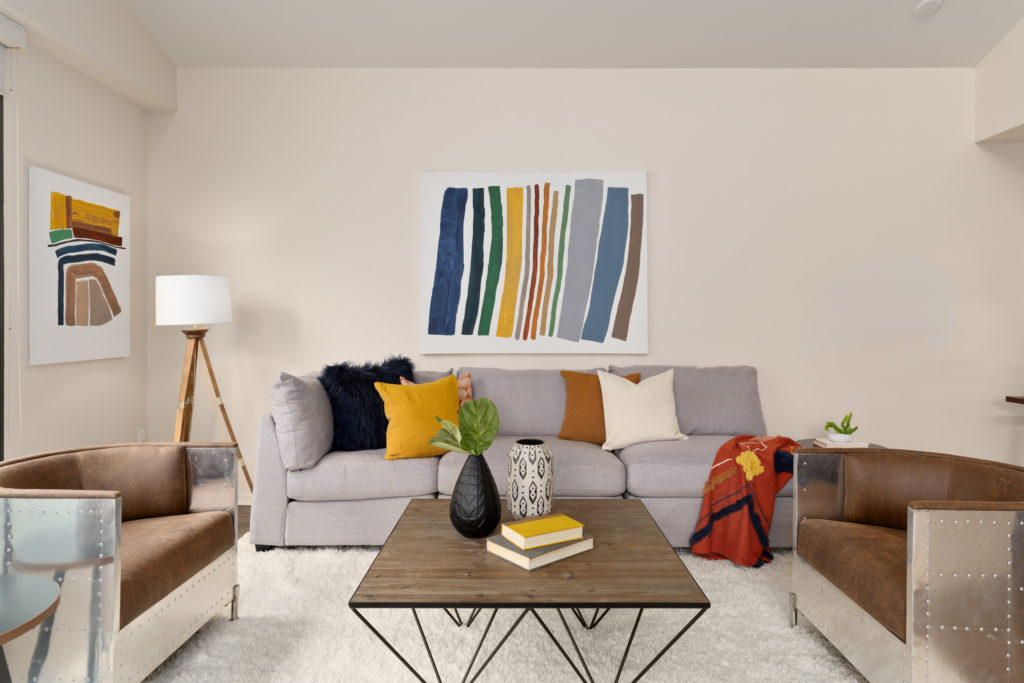 Thank you The San Diego Union-Tribune for featuring my virtual open house in your latest article on the new ways real estate is being sold during the COVID-19 pandemic! “Virtual open houses allow clients from all over the country to see the property and ask questions directly. It’s actually a way for us to show a property to potentially a lot more people than if we did a traditional open house.” Thank you to everyone that tuned in!

Like the other agent mentioned, I’ve also been FaceTiming and using the app Google Duo to virtual show homes to my clients. It’s gone surprisingly well, and I hope to open escrow on Monday from a virtual tour! It feels like the entire industry (sellers, buyers, agents, and brokerages, especially Pacific Sotheby’s International Realty) are quickly and successfully adapting, and I think this creative spirit will continue long after COVID-19.

If you do want to see a property, I have my COVID-19 safety kit ready to go! Let’s do it:) 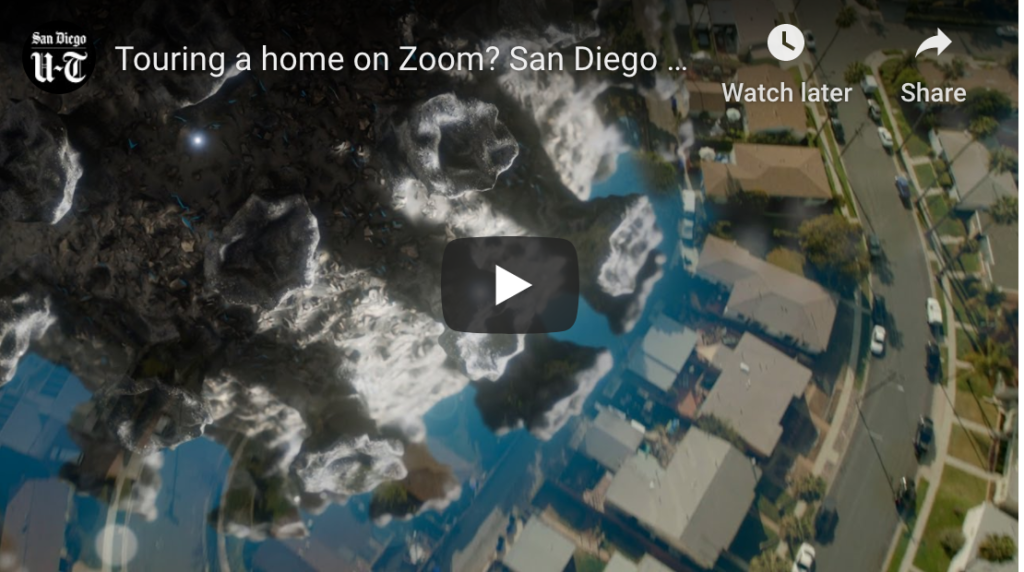 Closing a real estate sale during a pandemic takes some creativity.

For Najla Wehbe Dipp, like many real estate agents across the state, it has meant using apps like Zoom and WhatsApp to guide buyers virtually through dozens of properties because open houses are not allowed. Potential buyers were able to view the homes without breaking quarantine or violating social distance protocols.

This coverage of the coronavirus pandemic is part of your subscription to The San Diego Union-Tribune. We also provide free coverage as a service to our community.

Dipp spent the last week working with a family moving from San Bernardino County using a mix of several apps. She guided them in and out of several properties with her phone as they stayed miles away.

The family decided to buy a four-bedroom, 2,000 square feet home in Lakeside, which was on the market for $620,000. They did visit the property in person once, while wearing face masks, but avoided going in and out of dozens of houses because they had already done so over Zoom. After the visit, the family quickly entered into escrow on the home.

Video calling on FaceTime, Zoom and other applications has been used by real estate agents for years — especially in hot markets like San Diego where homes typically don’t stay on the market a long time. But, across the nation, it has become a necessity for selling homes during lockdowns.

Most states have deemed real estate agents essential workers because they fall under federal guidelines for economic security. However, open houses have been effectively banned because a large group of people could spread the virus.

A showing between an agent and a buyer is allowed in California as long as they follow social distancing guidelines. There has been some push back in New York. According to The Buffalo News, New York Gov. Andrew Cuomo at first said any in-person home showings were not allowed, then said they were allowed, only to later clarify showings could only happen virtually.

The fear of spreading coronavirus halted many open houses even before the California Association of Realtors told agents to stop.

“The future of real estate has come earlier than any of us could have anticipated,” wrote Redfin CEO Glenn Kelman in a statement. “The way things are during the pandemic won’t last forever, but at the end of all this, things won’t go back to the way they were either. We hope we’re well prepared.”

On Friday, Dipp took The San Diego Union-Tribune on a virtual tour of a $5.3 million mansion on Lago Lindo in Rancho Santa Fe. While touring the outside of the property was fine, the signal kept cutting out inside the building. Maybe it was the somewhat isolated location, or all the Italian marble in the home blocking a signal, but it showed technology might not be as reliable as many had hoped during the pandemic.

On Friday, real estate agent Amy Spear was setting up a virtual open house on Facebook Live for a $749,500 condo in downtown San Diego. She said the property went on the market at a pretty bad time, about 21 days ago, and she wanted to do something big to get some attention on it.

“I have clients from all over the country that can actually see the property and ask me questions,” she said. “It’s a way for us to show a property to a lot more people than if we did a traditional open house.”

Even with the use of new technology, many analysts are predicting a substantial downturn in the housing market in the coming months. Not only is there the fear of getting COVID-19, but the fear of losing a job as the crisis continues (if people haven’t already).

Also, buyers seem to believe home prices will come down because of the pandemic. A Redfin homebuyer and seller survey in mid-March found just 32 percent of respondents thought prices would continue to go up during the next recession.

San Diego County’s last major housing downturn, during the Great Recession, saw prices drop 20 to 30 percent, according to CoreLogic data. For instance, in January 2008 the median home price was $429,000 but had plummeted to $280,000 by the following January.

Jeff Tucker, an economist with Zillow, recently told the Union-Tribune that it is important to remember the last recession was led by a crash in the housing market. So, it isn’t certain that prices will drop like last time.

Also, other analysts have pointed to low home inventory as a reason why real estate will not suffer as much, unlike the housing boom before the Great Recession where, arguably, more homes were being built than were needed. For example, San Diego County built 17,306 homes in 2004, said the Real Estate Research Council of Southern California. It built 8,053 last year.