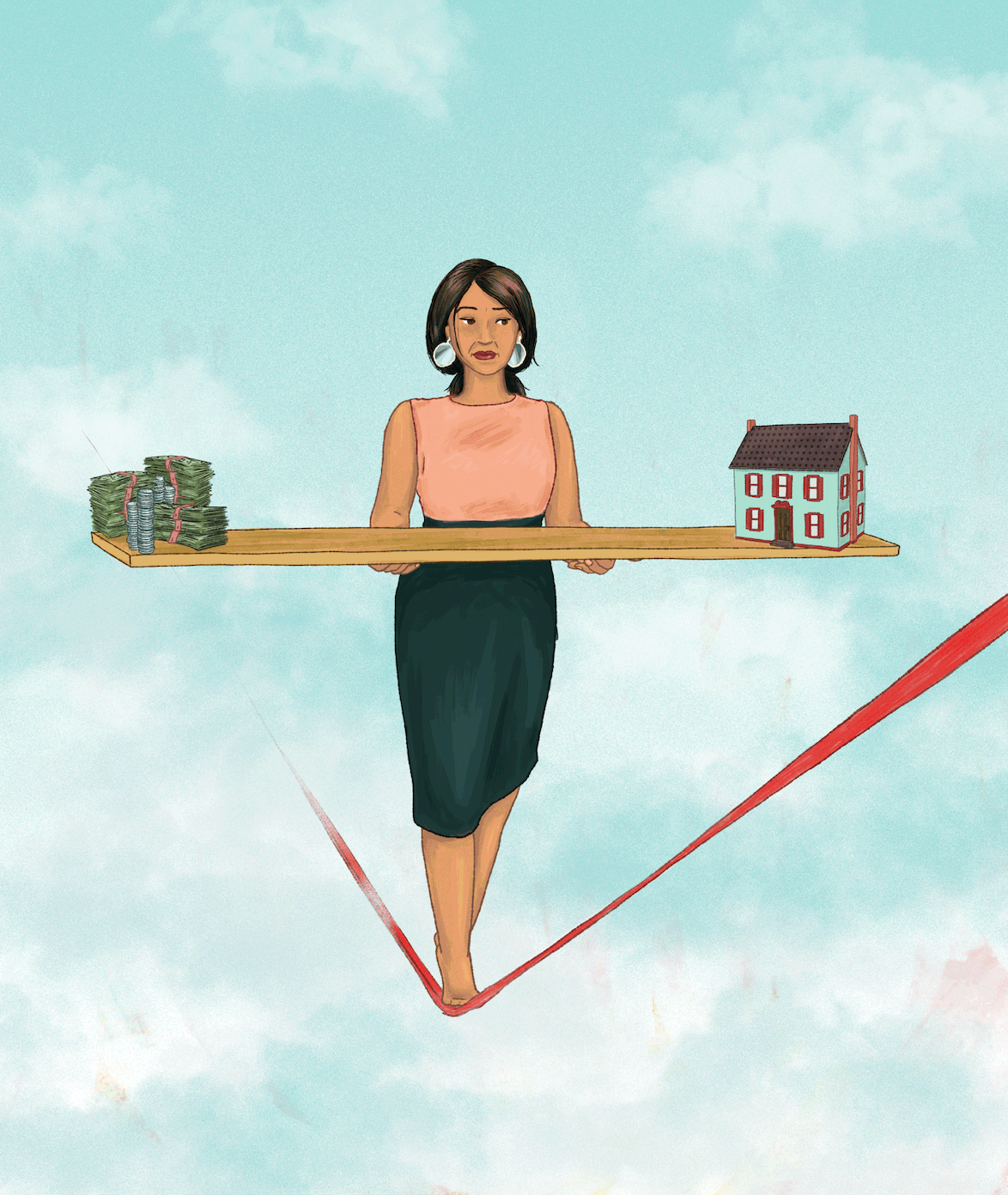 Pricing your home is hard. The stats show how important it is to listen to your realtor! If you overprice your house, it’s more likely that your house will sit on the market and then sell less than if it was priced accurately on day 1.

The sellers of a 7,500-square-foot house in Chevy Chase Village, Md., on a nearly one-acre lot insisted their home be listed for sale at $5.5 million, even though their agent recommended $4.5 million based on comparable sales. The home was beautiful, but they were unrealistic, says Corey Burr, an associate broker with TTR Sotheby’s International Realty. Two years later, the house sold for $3.8 million.

“Typically, your eventual offer will be much lower than if you priced your home right from the beginning,” Burr says. “That’s because an overpriced house will sit on the market too long and buyers feel they can offer less.”

Determining an appropriate listing price for your home may seem a bit like “The Price Is Right,” but it isn’t a game. Knowing from the beginning how much to sell your home for can be the difference between a quick and lucrative sale or a slow and unprofitable transaction.

Sellers often have an inflated expectation of the value of their property, agents say.

“You’re perfectly welcome to buy your own house at the price you think is right, but if you want buyers, you need to be realistic about what will attract them,” says Brett West, a real estate agent with McEnearney Associates.

Agents look for the most recent sales of similar homes in the neighborhood to determine the “Goldilocks” price: not too low and not too high.

When looking at comparable sales, says Koki Adasi, a real estate agent with Compass and president of the Greater Capital Area Association of Realtors, it’s essential to get accurate information about a home’s features. Agents take into account any renovations, the square footage and number of bedrooms and bathrooms, as well as the ages of the mechanical systems, roof, appliances and windows. They look at recent sales, pending sales and active listings of similar homes.

“We give the greatest weight to properties that have sold within the previous three to six months because we want to look at sales as close as possible to today’s market conditions,” Adasi says.

“If the sellers are in a hurry, we’ll price accordingly, but we always want to price effectively even if someone isn’t in a rush,” Burr says. “Pricing also depends on whether you’re selling in a busy spring market with lots of buyers or in a slower market.”

While they captivate sellers’ attention, be wary of online estimates, such as Zillow’s “Zestimate,” which aren’t always accurate.

“People are swayed by those online estimates and don’t realize that they don’t include the finishes and fixtures, the condition or specifics of your home,” West says.

[Selling a home without a real estate agent]

Some sellers and agents prefer listing homes at below-market prices to whip up a bidding war.

“I’d much rather price a property to generate enough interest for two to four offers, because then we know we’ve set a good a price,” West says. “If there are 10 to 12 offers, then we were too far off and we’re enticing buyers who won’t have a chance to win.”

To start a bidding war, you need to know how many similar homes are on the market and what buyers are searching for, Adasi says.

The fewer homes like yours on the market, the better your chance at a bidding war. But you have to be careful. A U Street rowhouse owner overestimated demand and was burned.

“The seller priced it $30,000 below the most recent sale in the neighborhood, but it stayed on the market past the deadline he had set for evaluating offers,” says Adasi. “Now buyers and agents think there’s something wrong with the property.”

Raising the price after a failed bidding war is a fatal flaw.

“Basically, the market has spoken, and even if you take it off the market that property history is easily accessible to future buyers,” Burr says.

One of the worst mistakes you can make is setting the price too high, thinking you can always lower it later if the home doesn’t sell.

“Research shows that the longer a property is on the market, the lower the final sales price will be,” Adasi says. “The owners of a farm in Frederick turned down an offer of $1.1 million because they thought it was worth more. It took two years to sell and went for $575,000.”

“If you’re not getting any requests to show the property within the first 24 to 48 hours, that’s screaming that your house is mispriced,” West says. “I recently worked with sellers who priced their condo at $479,000 but didn’t get any requests to see it. I convinced them to reduce the price to $450,000 within two days and it sold quickly for full price.”

If a property has been on the market for two or three weeks without an offer, Adasi says it’s time to consider a price reduction.

“If people think your place is overpriced and you’re unrealistic, it won’t sell quickly,” Adasi says. “Once it’s been on the market a while, buyers think something is wrong with the house and ignore it or they can negotiate more. Either way, the sellers lose.”