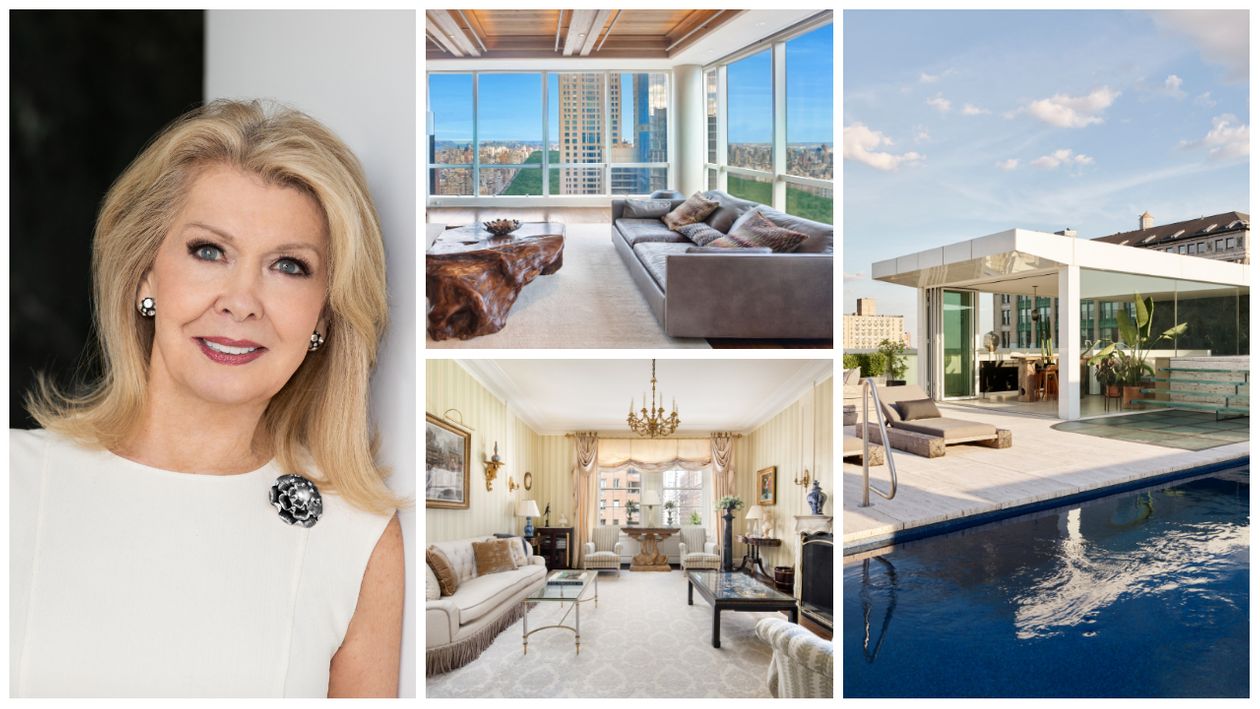 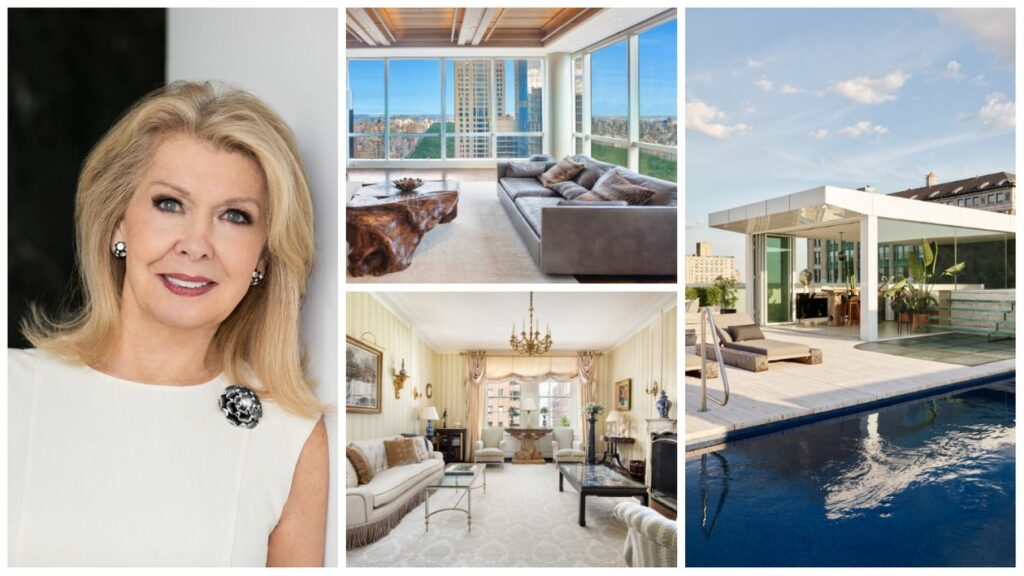 Sotheby’s Nikki Field Says the Luxury Buyer Is Back, Hungry—And Has More Options Than Ever

With buyers holding “all the leverage,” now’s the time to make moves, she says

Nikki Field, a senior global real estate advisor and associate broker at Sotheby’s International Realty, has been with the firm since 1998, pioneering the team sales model in Manhattan with her eponymous “Field Team,” which has transacted more than $3 billion in sales and annually ranks as the no. 1 sales team across the country.

In 2018, Ms. Field sold the most expensive re-sale in New York City (at $54 million), representing both the buyer and seller. In 2019, she delivered another record sale— —for $80 million—the highest transfer ever recorded for Downtown Manhattan, at 212 Fifth Avenue.

Since 2008, Ms. Field has been traveling extensively to emerging markets in Asia, building on a growing global business. And in 2017, she co-authored “The Chinese Definitive Guide to USA Real Estate.”

We caught up with Ms. Field to discuss the different tiers of luxury, who’s buying in Manhattan now, and more.

Mansion Global: What has the New York market been like for you since March?

Nikki Field: There have been three distinct stages. The first stage in April, May and June, was when we were seeing opportunistic buyers. They were looking for deep, deep discounts.

Then we saw the entry-level luxury buyers, buying for $2 million or under. Many of them were past buyers that were trading up. That was the accelerator, and that kept us alive. We’ve never had more showings in that range. We’re making good, fair deals. If the sellers are realistic, buyers are getting incredibly good deals.

Now, more recently, we’ve seen a resurgence in the upper tier. They definitely roared back in September. We were a little caught off guard—over $10 million, even $25 million came back.

At Sotheby’s, our luxury market in October saw a 50% increase over October 2019. That’s big news. The luxury buyer is back, and hungry, and they have a big selection.

We think the bottom of the market may be in the rear view.

MG: Are most of the buyers you’re seeing coming from abroad or are they local?

NF: Luxury is local and national. In April, May and June, some of those really discounted properties were sold to foreign buyers.

About half of our clients are locals buying up. Others have come from the West Coast and Canada.

Buyers are not necessarily moving to the city, they’re just adding to their portfolio. Many have been watching the market in New York for the last three years and found the Covid environment prime to act in.

These people buy low, and they hold.

Some people are using them as pied a terres, others just buying to hold. Some may rent them out, others may not. And they’ll exit when they think it’s safe to enter the sellers’ pool again.

This is the time to buy residential, especially in Manhattan.

Downtown, they want one of the top buildings or they’re not interested. And they have all the leverage.

MG: Have the features they’re looking for changed?

NF: For the buyer-users, who are primary residents, they are absolutely looking for all boxes to be checked. They want the safest neighborhood and bigger spaces. Without a doubt they need to have a home office. They all would love outdoor space, but very few get that.

The mid-level luxury is moving slower—that’s the upgrading buyer. They maybe own an apartment with one or two bedrooms, and they know now’s the prime time to get on Park Avenue—they’re in the $3-million-to-$6-million range.

From Penta:For $50 Million, One Buyer Will Receive an Aston Martin-Designed Penthouse and a Vulcan Hypercar

MG: Do you get a sense people are waiting to see about a potential second lockdown before they buy or list?

NF: The fact that New York has handled the pandemic so well helps with confidence. But we’re hearing from our buyers, if the virus comes back, how will it affect the current market, and asking prices? My answer is it will slow down the market, but it doesn’t stop or freeze it. It will embolden sellers to be more negotiable.

MG: What are your thoughts on the much-talked-about exodus from New York City?

NF: It’s definitely happening. It’s a reality. It’s more the young families than any others. Most moved out quickly to weekend homes, or rented something within a three-hour radius of the city. The lynchpins were schools, too. We worked with a lot of them because we have a robust relocation service. More than half of them went into rentals. Those that bought homes immediately said they’re not selling their New York City apartments and they almost all said they’re coming back.

In August we reconvened. And a good half of those renting outside became buyers outside the city. The other half has come back. My calculations is 22% of families will come back. They hate the suburbs, they hate the vacation home spots, their marriages are suffering, their mental health is suffering. They’re ready to come back. That market is people that are buying up in the city.

The truth is that you may lose money now when you sell in the city, but your opportunity to get a deal on the buyer’s side more than makes up for it. That’s who we’re out shopping with. They’re looking for larger apartments. The sellers of those apartments are mostly empty nesters who went to Florida, Charleston, and other warmer places.

MG: What are your thoughts on the fate of the co-op?

NF: We were dying on the vine for pre-war co-ops before Covid. No one wanted to touch them. People wanted flexibility of ownership and usage. New York families were buying condos for the first time in a generation. But the price point is pretty compelling. Buying a pre-war co-op, and a pre-war estate co-op will buy you 30% more or save you 30% compared to a condo. The deterrent is not being able to buy in LLC or trust.

We’ve had to explain to co-op boards what the Covid economy prices are. We’ve told them it’s a one-off unicorn. Once we’re past this, they will not be used as comparable sales. Mr. Board member should know that when he chooses to sell his share, his share value will go back to comparable sales.That’s worked. They’re embracing deals, and we’re not seeing board turndowns.

MG: What are your predictions for townhouses?

NF: There is demand, but sellers aren’t listing. The listings are very few and far between. The sellers are not motivated. There’s demand, but not at the prices they want. The average townhouse is selling for $3,200 a square foot, but buyers are looking for under $2,000 per square foot. Unless it’s a wreck, they’re just not moving.

NF: I already live in it. I am really, really pleased my husband and I left the Upper East Side, where we raised our kids in a pre-war. We moved to U.N. Plaza. We traded in our neighborhood for views and really high-end service offerings.

But if I were to move, I would probably buy on Billionaires’ Row, in Central Park Tower. There’s a reason billionaires have bought there—the location and the amenities. They feel security there and they love being among others just like them.

MG: What does luxury mean to you?

NF: Not every building is luxury, and certainly not all new buildings are luxury. Whether it’s a studio or a penthouse, the size of a home matters. Gracious layouts, abundant closets, separation of entertaining and sleeping spaces are all important. Then we have all the peripherals—location, views, who else lives there.

Before 2010, people were location-specific, now they have luxury in every neighborhood. There was a massive influx of international capital at that point and there’s luxury everywhere in Manhattan now.