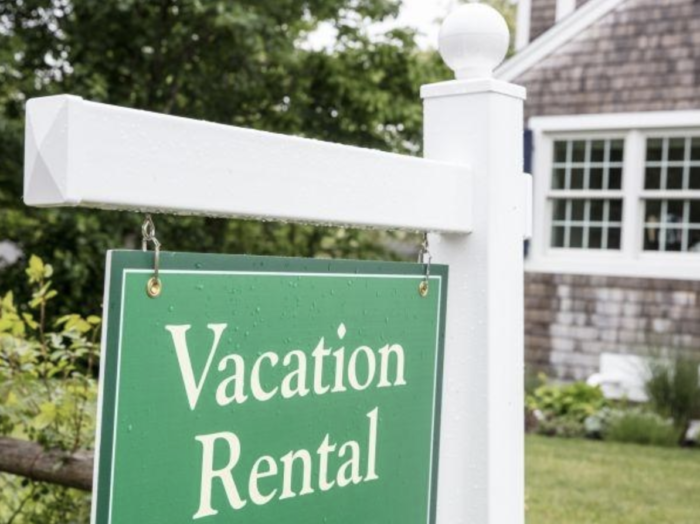 Faced with a referendum seeking to repeal San Diego’s new restrictions on short-term rentals, the City Council did just that on Monday, but left open the question of how it will regulate home sharing in the future.

The council Monday afternoon had only two choices before it — repeal the regulations it initially approved in July and reaffirmed in August or put the question before the electorate in a future election. The effect of the council action is to once again leave San Diego in limbo on the long debated question of who can rent out homes for periods of less than 30 days, an increasingly common practice popularized by online platforms like Airbnb and HomeAway. 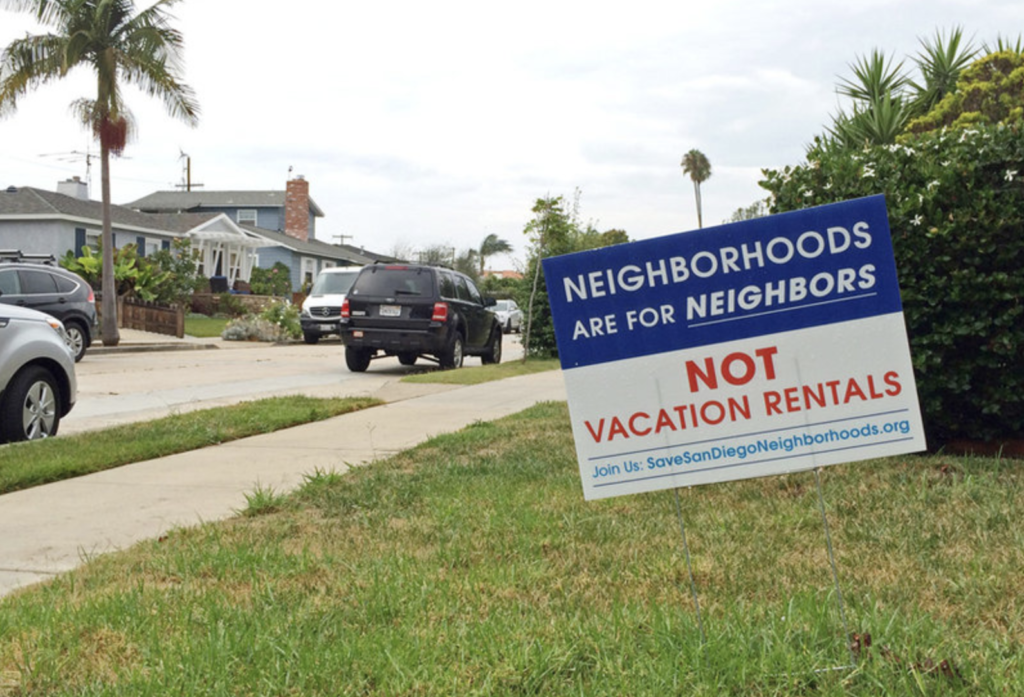 The council vote to rescind the short-term rental legislation was 8-1, with Councilwoman Lorie Zapf dissenting. Zapf had supported taking the matter to the voters.

“I was not elected to represent the interests of out-of-town investors and I will not let corporate interests with a lot of money bully me into rescinding this ordinance,” said Zapf, who represents the beach communities that have been most affected by the proliferation of vacation rentals. “I just feel we worked too hard on this issue. There is no guarantee a compromise will be reached any time soon or ever.”

Other council members, however, expressed some optimism that a compromise on new regulations can be reached, despite years of debate and struggles to reach consensus.

“What I’ve always said is a good compromise is where you find yourself where neither side is totally happy,” said Councilman Scott Sherman, who was one of the formal backers of the referendum effort. “We found ourselves, though, where one side was very happy and the other side very unhappy, but I think there is room to find a true compromise. We’re going to have to let the dust settle and cut back on some of the rhetoric. We can get to a place where I think a compromise can happen.”

The council actions followed more than three years of often emotional debate that has polarized the city. Short-term rental hosts have long argued they should have the right to use their properties as a way of supplementing their income while residents have complained about the emergence of “mini hotels” disrupting their once quiet neighborhoods. 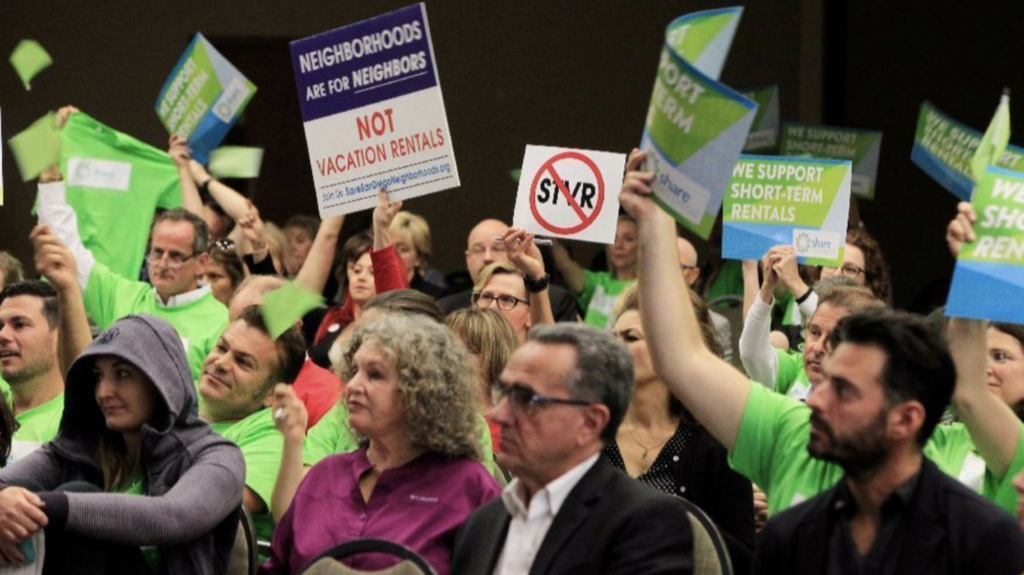 While the council members were limited in what action they could take on Monday, many of those who spoke pushed for speedy action on replacement regulations. The city legally has the option of adopting a new set of rules within the next year, but they would have to be substantially different from the ones that were repealed.

It remains unclear what sort of alternative regulations would pass legal muster as being essentially different, although there likely will be a renewed push to allow the short-term rental of second homes.

“Our communities cannot wait an indefinite period of time to bring this pressing issue to resolution,” said La Jolla Town Council President Ann Kerr-Bache, who also heads a short-term vacation rental working group representing some 20 community groups. “We are prepared to immediately work with the city and all stakeholders to create legal, reasonable and improved ordinances that protect our communities.”

Others urged the council to take immediate steps to enforce the city’s municipal code, which they say bars all short-term rentals.

Last year, City Attorney Mara Elliott issued a memo stating that such rentals are not permitted in any zone in the city, an opinion not shared by previous San Diego city attorneys. The mayor’s office so far has chosen not to declare such rentals illegal and instead is awaiting adoption of specific regulations.

“This is really a sad day for our city,” she said. “After a multi-year process and numerous compromises, the council passed a legally sound ordinance. It was not a de facto ban. I’m disappointed that a corporation valued at $31 billion descended on our city and used deceptive tactics to force us to where we are today. If this goes to the ballot, this large corporation would likely spend millions of dollars, and since the next regular election is not until 2020 our city would endure a two-year freeze on any progress on this issue.”

In a statement released after the vote, Faulconer’s office said it has already begun working with the various stakeholders on a new compromise plan.

“Today’s action may take us back to the drawing board, but the good news is that we are not back at square one,” said Faulconer spokeswoman Christina Di Leva Chadwick. “Mayor Faulconer will continue to advocate for a system that protects neighborhoods through increased oversight and enforcement, and in the meantime staff will continue to enforce existing laws against noise and other quality-of-life crimes.”

In advance of the council’s July and August votes this year, Faulconer’s office had come up with a compromise proposal that would have allowed vacation rental hosts to rent out their primary residences while they were away, plus one additional home. Faulconer also had proposed a steep licensing fee of $949 annually to help finance the hiring of 16 people to enforce the regulations, which the council did support at the time. 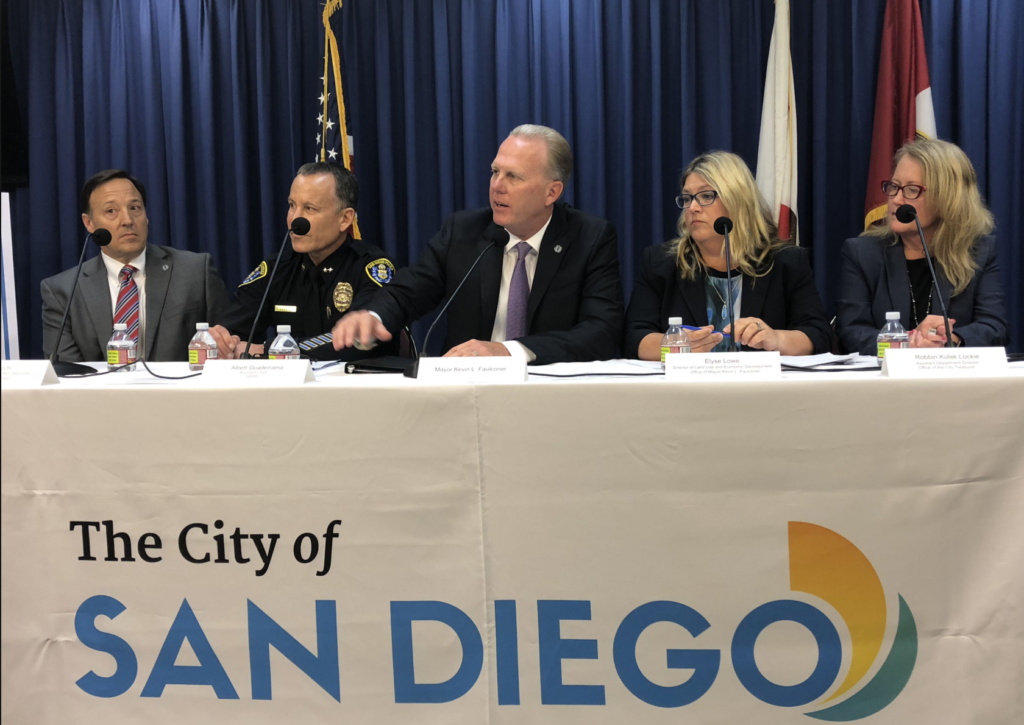 Home sharing platforms Airbnb and HomeAway said Monday they look forward to working with the city on a “better way to regulate short-term rentals.” Airbnb and HomeAway parent company Expedia together contributed more than $1 million toward the referendum effort.

In a statement they released, along with a coalition of short-term rental hosts and management companies, they added, “This rescission passed because voters want regulations that protect private property rights, encourage tourism, weed out bad actors and create an enforceable regulatory structure.”

During the council hearing, Bry specifically asked a representative of the mayor’s office about a list of about 10 “problem” short-term vacation rental properties it was sent. She asked for a status update and was advised she could get one within five business days.

Councilman Chris Ward said time is of the essence for both local neighborhoods and vacation rental operators to craft a workable solution.

“I’m ready and available for all parties,” Ward said, “to be able to continue the conversation to get something right that will pass muster and will be able to satisfy the interests of our neighborhoods in reducing the nuisances and being able to mitigate and push back against the impacts to our housing supply.”