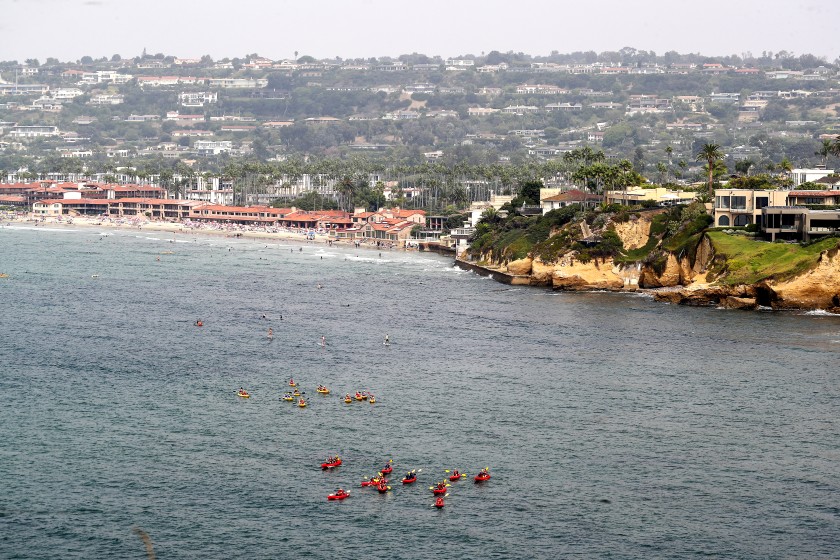 San Diego home prices in July accelerated by its second highest amount this year and outpaced much of the nation.

Prices in the San Diego metropolitan area were up 5.5 percent annually in July, the S&P CoreLogic Case-Shiller Indices reported Tuesday. That was more than the nationwide average of 4.8 percent and San Diego’s gains were the fifth most (tied with Cleveland) in the 19-city index.

It was the biggest gain for San Diego prices since April when prices surged 5.8 percent, its highest in nearly two years.

Analysts continue to point to a lack of homes for sale as one of the primary factors in rising prices. Home inventory is down across the nation as many potential sellers wait out the COVID-19 pandemic. Other factors include low mortgage interest rates and increased value in homeownership among many workers still not allowed to return to offices.

“The strength of the housing market was consistent nationally — all 19 cities for which we have July data rose, with 16 of them outpacing their June gains,” wrote Craig J. Lazzara, managing director and global head of index investment strategy at S&P Dow Jones Indices.

Prices were up the most in Phoenix, 9.2 percent in a year. It was followed by Seattle at 7 percent and Charlotte at 6 percent. Chicago had the slowest gains at 0.8 percent. Detroit has been off the list since March because of pandemic-related delays at its recording office.

San Diego had the biggest increases in the state. Los Angeles was up 5.3 and San Francisco up 2.5 percent.

Zillow economist Matthew Speakman said the lack of homes for sale across the nation is unprecedented and, along with low mortgage rates, have pushed prices high. But, he said it is an open question how long it will last.

“With mortgage rates poised to remain low for the near future, barring a sudden surge in inventory, it appears that upward price pressures should endure into the fall,” he wrote.

The rate for a 30-year, fixed-rate mortgage in July was 3.02 percent, said Freddie Mac, down from 3.77 percent at the same time last year.

The Case-Shiller indices take into consideration repeat sales of identical single-family houses as they turn over through the years. Prices are seasonally adjusted. The San Diego County median home price for a resale single-family home in July was $700,000, according to CoreLogic data provided by DQNews.

Selma Hepp, deputy chief economist at CoreLogic, said rising home prices might help those homeowners who have lost income during the pandemic and are in a forbearance program for their home loan.

“Continued price growth will help insulate homeowners’ equity position,” she wrote of those that are struggling financially. “Those homeowners may be able to sell a home without going through a short sale or a foreclosure.”