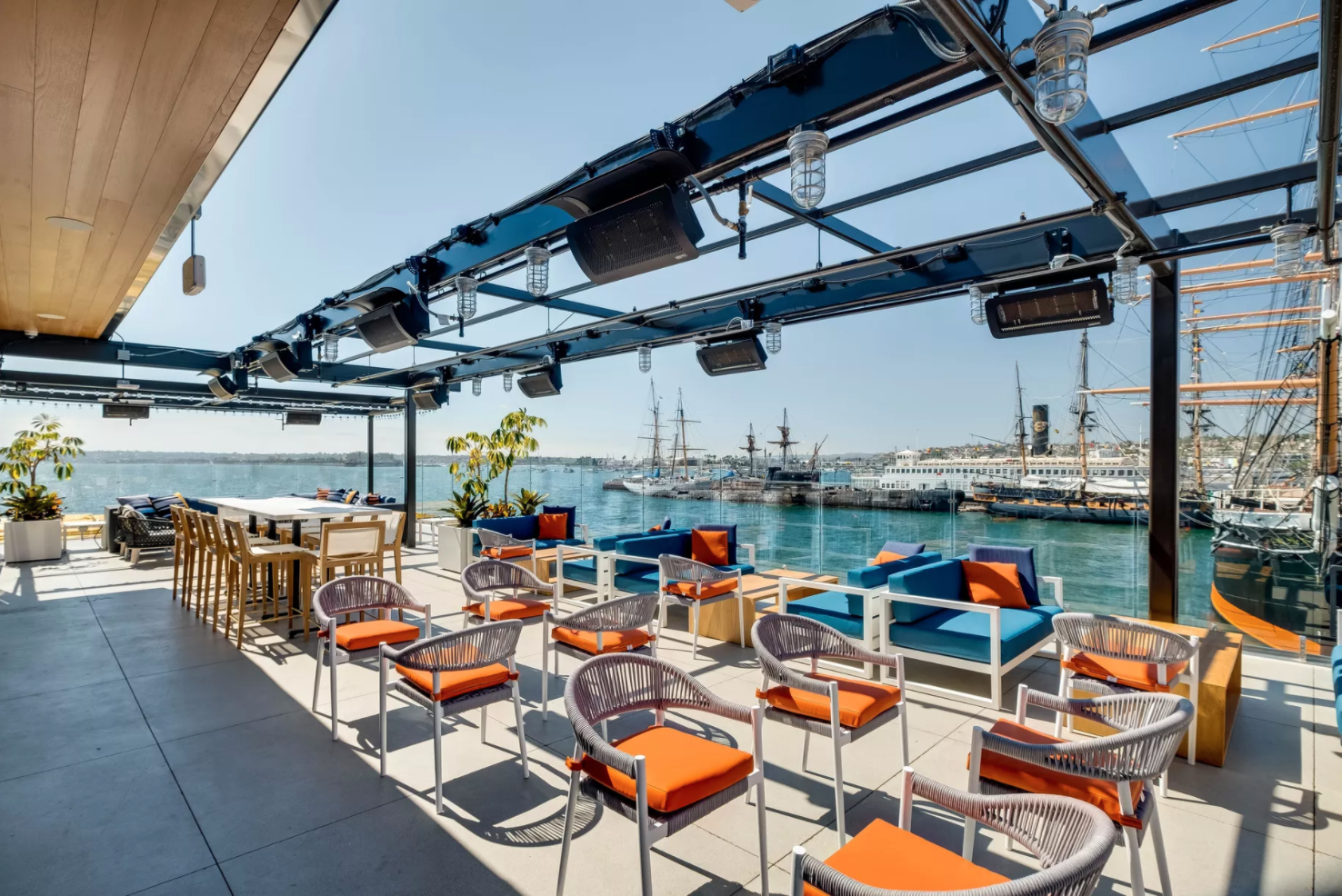 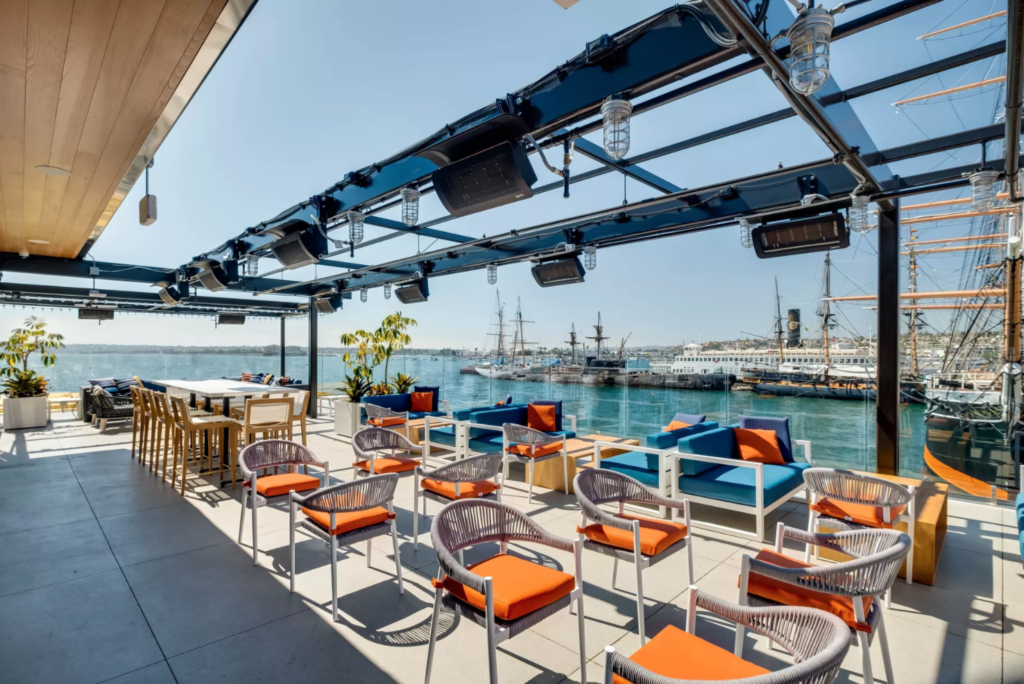 A major project spanning 42,000-square-feet on the North Embarcadero is finally scheduled to open on Tuesday, July 28, when the public will be officially welcomed into Portside Pier, a new two-level, multi-restaurant waterfront venue that’s been five years in the making.

In 2015, as part of its “San Diego Wonderfront” redevelopment, The Port of San Diego selected a proposal from local hospitality group The Brigantine, Inc. to replace and revamp the long-tenured Anthony’s Fish Grotto, whose 52-year lease expired in 2016. The Brigantine, which operates three core restaurant brands — Brigantine Seafood & Oyster Bar, Miguel’s Cocina, and Ketch Grill & Taps — proposed a $13 million, multi-level space that would include its signature restaurants as well as public areas to enjoy views of the bay and a dock-and-dine component that would allow vessels to pull up to the venue.

CEO Mike Morton, Jr. tells Eater that the final version of Portside Pier remains true to the group’s original vision, which architects modeled after a fishing boat, with curved steel and zinc shingles on a barrel-shaped roof and a 26-foot and 31-foot glass structure at either end that are meant to resemble fishing baskets. Housing the full-service Brigantine on the Bay, Miguel’s Cocina, and Ketch Grill & Taps restaurants plus walk-up cafe Portside Coffee & Gelato, there’s also a second level viewing deck and perimeter walkway on the waterfront that the public will have free access to and four berths for dock-and-dine use.

Portside Pier, which offers metered parking along Harbor Drive as well as valet service, holds 1,000 seats across its eateries and public areas, and Morton, Jr. says that luckily more than half of those are across various outdoor seating patios and lounges.

At a ribbon-cutting ceremony on Monday, City of San Diego Mayor Kevin L. Faulconer praised the project for bringing hundreds of new jobs to the hard-hit hospitality industry, saying, “The opening of the Portside Pier not only delivers public access along the iconic Embarcadero but will also help spark San Diego’s economic recovery amid a global pandemic.”