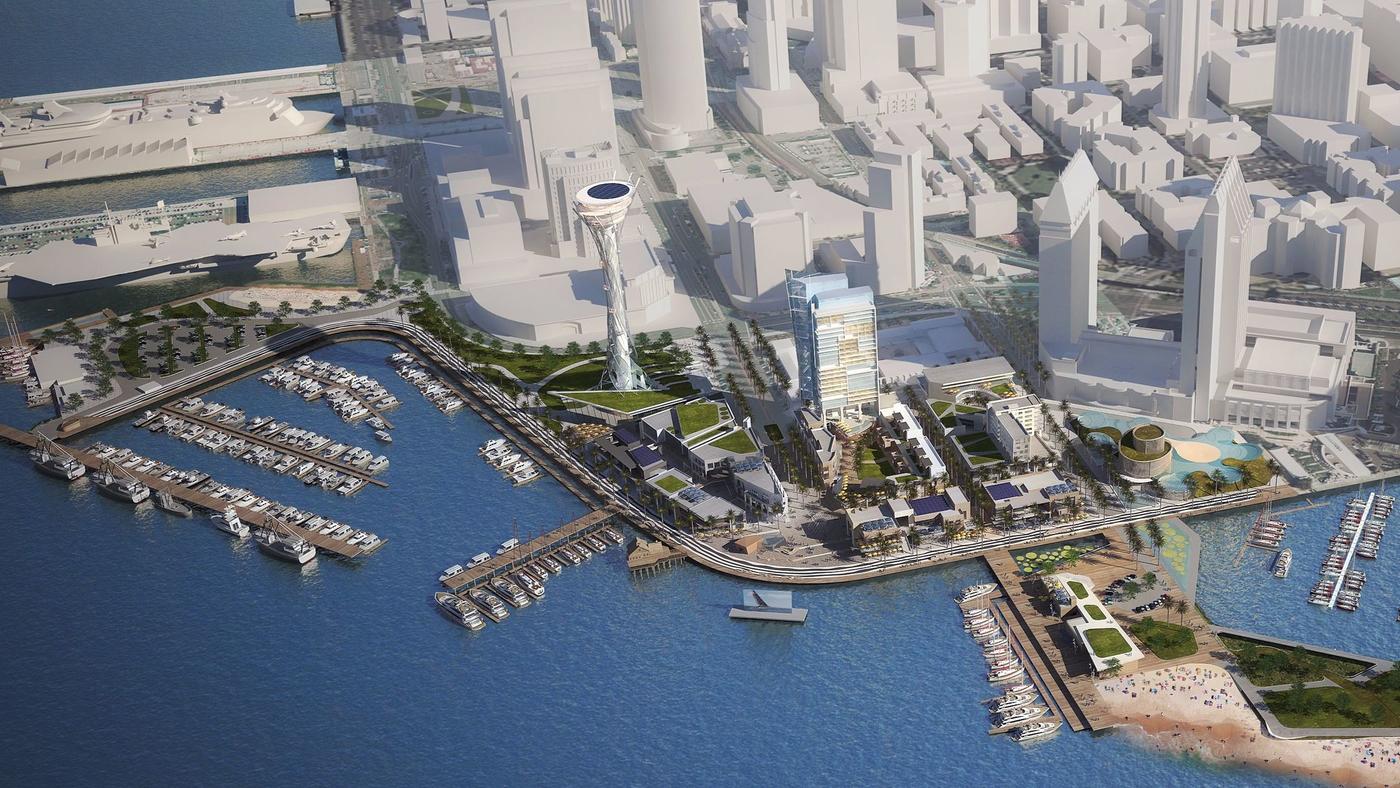 Big changes are around the corner for San Diego’s Seaport Village.

On Tuesday, a bicoastal team of developers were granted final approval from the San Diego Unified Port District Tuesday to redevelop Seaport Village.

When completed, “Seaport San Diego” will be a $1.2 billion project that is scheduled to begin construction in 2020 and be completed between 2022 and 2025. It will include a 480-foot observation tower; partially underground aquarium; three hotels; shops and restaurants; 30 acres of new parkland, beach and promenades; and upgraded facilities for commercial fishing fleets.

This completion will be just in time for the chance that the 2025 Olympic Games will be held in Los Angeles and the sailing events held in the San Diego Bay.

Yehudi “Gaf” Gaffen, who leads the development team stated “I think San Diego is on the edge of a major renaissance. It will be transformative to downtown. It’s really going to turn San Diego into America’s finest city. We’ve called it that but I really don’t think we’ve believed it, but now it’s real.”

The developer team will include: newly formed Protea Waterfront Development, consisting of Gaffen’s Gafcon construction management firm, Jeff Jacobs and Jeff Essakow, owners of the Rancho Valencia hotel in Rancho Santa Fe; RCI Marine Group; OdySea, a Scottsdale Arizona based aquarium developer; and ThrillCorp, Orlando based developer of the tower which will be called SkySpire.

Other elements that are planned to be included however, are subject to change are:

Members of the public supported the project however civic engineer, Katheryn Rhodes, warned the team about potential earthquake faults

1HWY1, which beat out five other bidders for the project in July, plans to keep some of the Seaport Village tenants in business during the construction phase and find room for them in the new development.

Although developers have been granted approval by the San Diego Unified Port District, they still need to gain approval from the California Coastal Commission before beginning construction.

Architect Frank Wolden stated, “This project is one that can connect, psychologically, the urban center of the town back to the perception of this city as a beach city.”

Currently, Seaport Village has trees and buildings that obstruct the view towards the waterfront. The new development hopes to remove those obstructions and create pedestrian pathways to the waterfront.

The observation tower, will include historic photos and references that visitors can enjoy without having to pay a fee for a ticket.

Finally, at the foot of Pacific Highway developers have planned to incorporate a plaza called Pacific Place and offshore, a floating stage for concerts and watching movies on a giant screen.