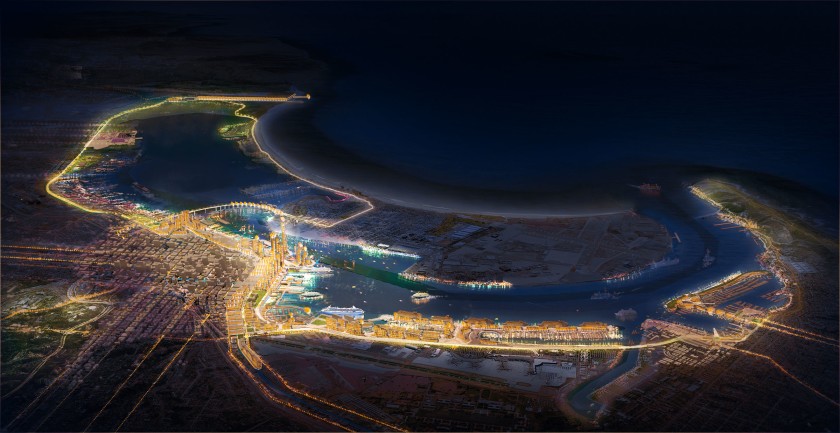 Offering sweeping views of San Diego Bay and providing access to a multitude of water-adjacent diversions, downtown’s North Harbor Drive is arguably one of the most underappreciated streets up and down the coast of California. That’s not to say its present, second-tier status is a fait accompli.

Right now the powers that be, meaning the planning team at San Diego’s Unified Port District, are working on the finishing touches to what’s called the Port Master Plan Update. The forward-looking document, first started in 2013, will guide what can and cannot be built in and around the 34 miles of waterfront that meanders along the bay from Shelter Island to Coronado. The lands are held in public trust by the port, which was created by the state in 1962 and includes five member cities: San Diego, Chula Vista, Coronado, National City and Imperial Beach.

Port planners’ 30-year outlook for North Harbor Drive is to make over the coastal stretch into an unforgettable international landmark for visitors and residents alike.

“We have aspirations to make (North Harbor Drive) the next great waterfront street,” said Jason Giffen, who is the port’s assistant vice president of planning. “It’s an iconic street that’s representative of all the unique nature and attractions that San Diego has to offer.”

As envisioned in the document, the portion of Harbor Drive between Grape Street and Seaport Village is a walker’s or biker’s paradise with a widened promenade, car access pushed east to a narrowed portion of the road and parking spots practically eliminated. The idea is to shift the street’s focus from pavement to water.

A dedicated transit right-of-way on the western portion of the street would, however, allow visitors to use a bayfront circulator to go up and the down the Embarcadero with ease. Here, the port also imagines new people-friendly piers, including a 30,000 square-foot pier south of Grape Street and north of Ash Street, referred to as the “Window to the Bay” pier.

It is just one of many big ideas put forth in the Port Master Plan Update, which creates legal space for, but does not guarantee, waterfront developments like the reconfiguration of Harbor Drive, the overhaul of Seaport Village or changes to Coronado’s Ferry Landing.

A discussion draft of the document, available for public review and comment through July 31, shows a port district that is considering a slew of water and land uses that were unthinkable or not in style in 1964, when the original plan was first adopted.

This fall, port staffers hope to present a modified version of the plan to the agency’s board, which is comprised of seven appointed commissioners representing the cities in the district. Should the commissioners endorse the document, port staff will continue with their environmental review of the plan. A best-case scenario would see the Port Master Plan Update enacted in the second half of 2020.

This time around, the bay-wide blueprint is organized around six different themes — water and land use, ecology, economics, environmental justice, safety and resiliency, and mobility — designed to provide as much public access to the coast as possible while protecting natural resources.

More specific standards are also set forth for each of the port’s 10 planning districts, and should provide a higher degree of certainty for project applicants who want to build in those areas.

For instance, developer 1HWY1’s $1.6 billion plan to dramatically redo the Central Embarcadero area that includes Seaport Village and the G Street Mole isn’t exactly forbidden under the existing Port Master Plan, but an amendment would be required. Yet the Seaport San Diego plan, as it’s called, is specifically considered in the update, meaning the developer will face fewer obstacles when seeking permits. The same goes for the redevelopment of East Harbor Island, where the port will soon consider a proposal from developer Sunroad Enterprises for a hotel with 450 to 500 rooms.

The outdated plan describes what’s on the ground today and doesn’t allow for the possibility of additional hotel rooms on East Harbor Island, said Lesley Nishihira, who is the district’s planning director.

The new plan document also introduces alternative financing mechanisms that could be used to pay for district upgrades. Currently, the port is not a beneficiary of tax dollars, nor does it have a policy around developer impact fees. It generates revenue from tenant leases and parking fees. For the fiscal year that starts the July 1, the district has budgeted $214.6 million in revenue and $174.8 million in expenses.

The thinking, however, is that the district may want to finance more projects, more often, say infrastructure improvements or habitat restoration. It could do so by imposing new fees or creating extra project requirements. A park impact fee levied against developers is considered, for instance, as a way to ensure more recreational spaces for the public.

The port may also create an in-lieu fee program around habitat mitigation, meaning it could charge developers for certain environmental impacts and apply those funds to a so-called “mitigation bank.”

“If a shipyard wants to expand their site, and they’re going to have a half-acre impact, they will need to make up for that impact (with restoration and enhancement of natural areas near their site) at a certain ratio,” Giffen said. “The idea behind the mitigation bank is to build the bank ahead of time and sell credits as needed. … This helps projects move along that would otherwise not be allowed to happen.”

The port is already in the early stages of entitling a salt pond in the South Bay to use as a mitigation bank, he said.

So far, initial comments on the discussion draft mostly take issue with one-off policies or standards.

Lawyers representing long-time port tenant Arthur Engel said they disagree with the port’s decision not to allow new piers in the La Playa community of Shelter Island. A Coronado couple does not want additional retail or commercial traffic at the Ferry Landing. And others want to make sure the Wyndam San Diego Bayside hotel or a replacement cannot grow in height.

Affordable lodging is one area where the port may get some push back from California’s Coastal Commission, which is the permitting authority for coastal projects and needs to sign off on the Port Master Plan Update. The discussion draft only mentions low-cost lodging in a cursory manner, saying that the port should “encourage new overnight accommodations that offer a range of room types and, where appropriate, are intrinsically lower cost.”

However, affordable lodging is a top priority for the Coastal Commission, which has fought with the port over the issue and won a lengthy legal battle in connection with the Sunroad Harbor Island project.

The last of the port’s four community meetings promoting the discussion draft is scheduled for June 27 at 5:30 p.m. at the Tijuana River National Estuarine Research Reserve in Imperial Beach. 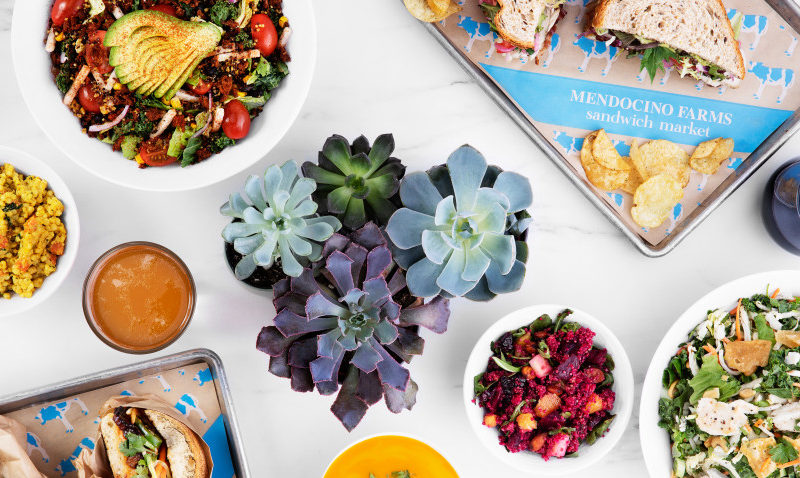 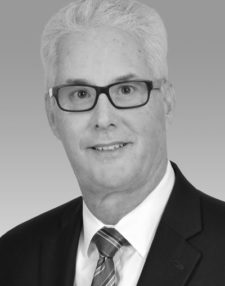 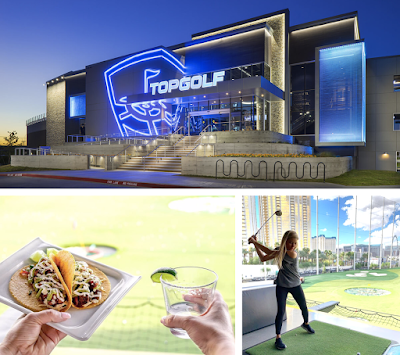 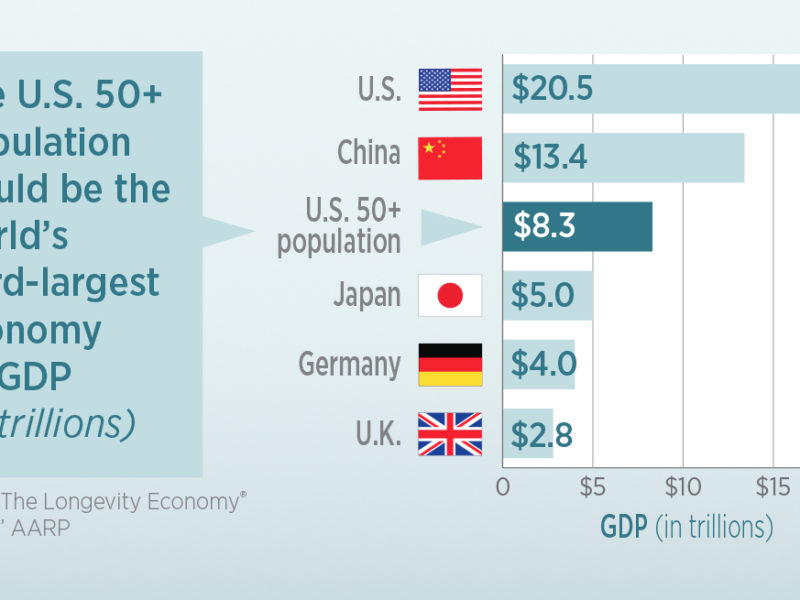