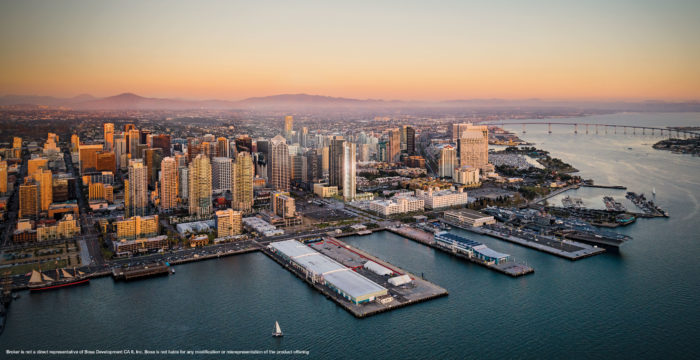 So many great plans are underway to expand and enhance downtown San Diego.  One element that has been missing for several years has been quality Class A commercial office space.  The Paladion Building where Bosa Development currently has their showroom for the new SAVINA condominium development will be transformed into highly desirable contemporary office space.  Additionally, the redesign of Horton Plaza into Class A commercial space with a mix of restaurants, health club & specialty shopping will take the current footprint of 900,000 sq. ft. to approximately 2 million sq. ft. creating even more employment & financial wealth for the downtown community. 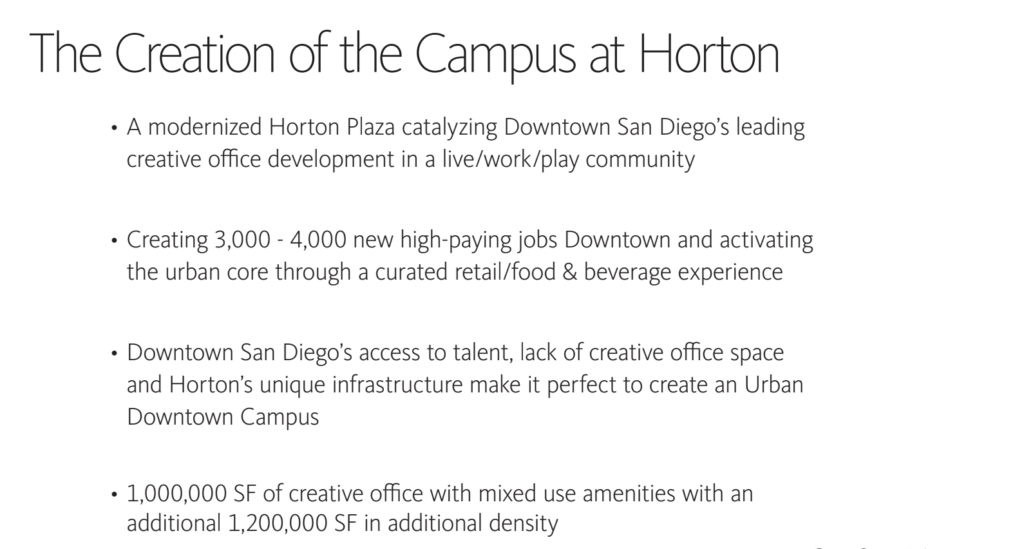 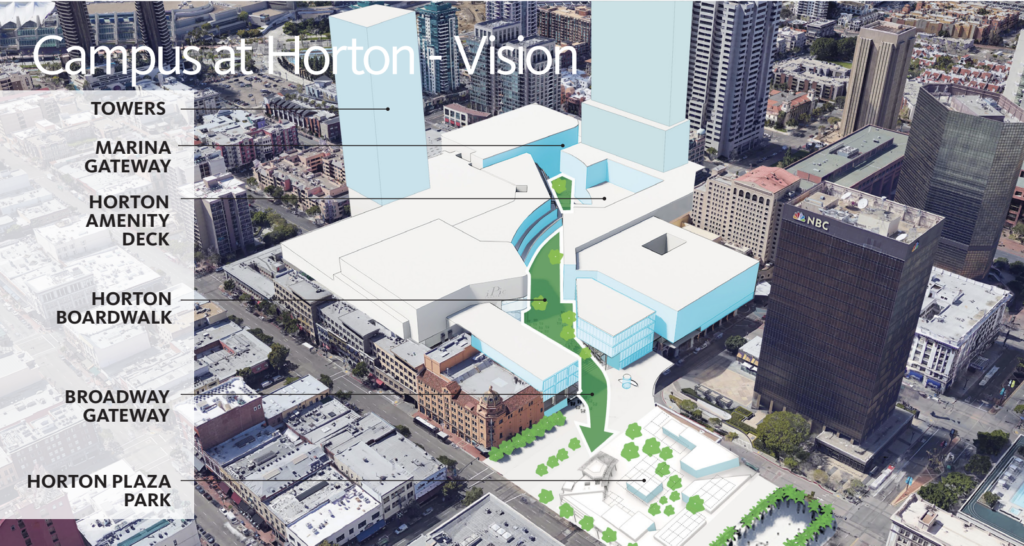 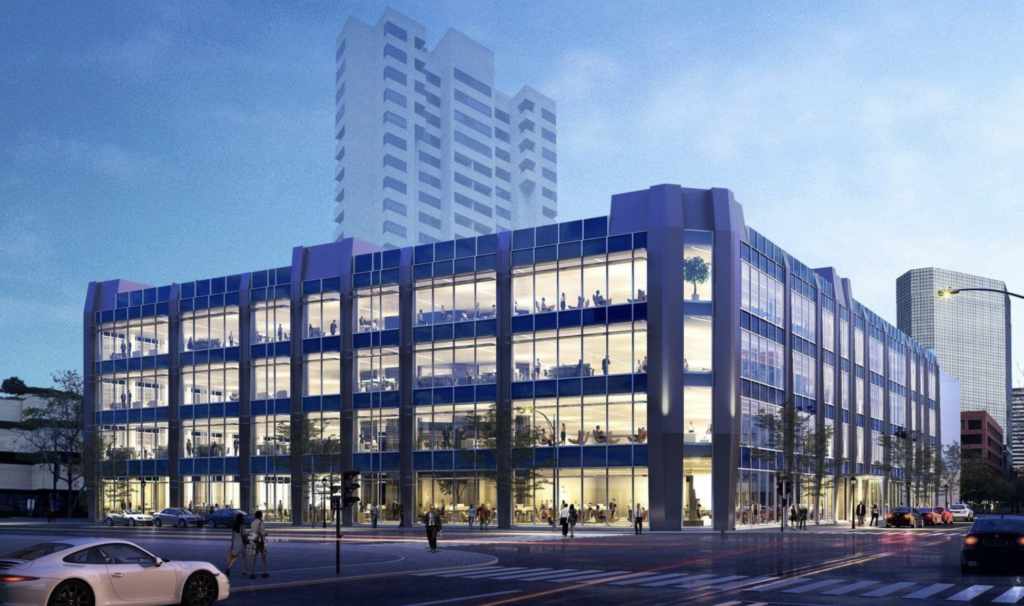 After sitting on a vacant property adjacent to Horton Plaza for five years, Bosa Development is now pushing forward with a plan to tear the existing structure down to its steel frame and erect a low-rise 162,000 square-foot Class A creative office building in its place.

The $30-million project is described as a four-story, atrium-style space with floor-to-ceiling glass, a wealth of natural light, expansive floor plans up to 43,000 square feet in size, a fitness center, and a large courtyard ripe with seating, games and other amenities. An onsite parking structure includes around 240 spaces, or 1.5 spots for every 1,000 square feet

With interior demolition under way as of last week, Bosa expects to see commercial tenants in the new construction in a little over a year, though no leases have been signed yet.

Downtown San Diego’s total office inventory is 9.8 million square feet with Class A vacancy, including available subleases, at 8.6 percent, according to data provided by Cushman & Wakefield.

Just west of the now-shuttered Nordstrom store at Horton Plaza, 777 Front Street is the site of the former Paladion retail center, initially constructed in 1992 and later replaced by a Class B office site. Bosa took ownership of the property in March of 2013 through an investment company.

At the time of the transaction, the assessed value of the building was $27 million, according to the county’s assessor’s office. Real estate research firm CoStar shows a 2013 sale price of $27 million and that the building has been vacant since May of that year.

While both Stockdale and Bosa have embraced an expected downtown employment surge, Bosa’s one-year timetable would mean that 777 Front Street opens first. However, the project has yet to secure approval from Civic San Diego, the city’s downtown planning agency.