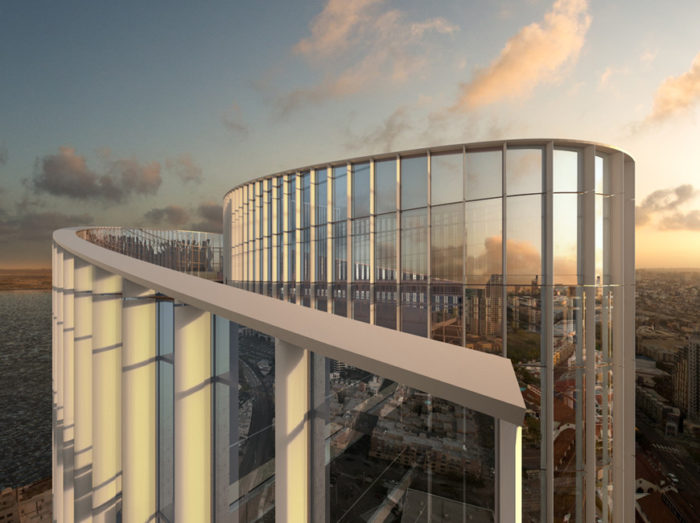 Downtown San Diego received cascades of recognition and praise for recent development projects at the San Diego Architectural Foundation’s (SDAF) 42nd annual Orchids & Onions Awards Ceremony on Oct.4. Assembly member Todd Gloria served as emcee during the evening ceremony, sharing award announcements with SDAF presenters handing out 20 awards. The event was held at the U.S. Grant Hotel, which once earned an Orchid award for its historical renovations and restoration.

This program educates and encourages discussion about the built environment in San Diego County, with a special emphasis on engaging members of the public outside the design and architecture industries. The festive, convivial gathering kicked off with mingling, sampling small-bite appetizers from the Grant Hotel kitchen, and imbibing beverages that included the event’s signature vodka-based cocktail garnished with an orchid. The pre-ceremony business mixer also featured a building-hat contest.

“I am very excited to be chairing this event,” Warner said. “This is about recognizing inspiring design, committing ourselves to the craft, and pushing the information and discussion out to the public. Organizing this event takes a lot of work from many volunteers, but this is definitely worth it to put the effort in.”

Sixteen nominees earned Orchids as winners for outstanding design and construction. Four of the awards were Onions, defined as “missed opportunities” for what might have been superior project implementation.

Downtown San Diego architecture and art garnered fully half, eight of the Orchids. The prized recognition as an Orchid award-winner went to projects the juror panelists found notable for a sense of place relevant to San Diego 2018, “place making” within the existing context, innovations, and benefits to individuals, the community and civic pride.

Juror Mary Michaelsen, a senior interior designer, described some of the criteria for judging among the nominated projects.

“I examine my personal feeling as I approach the space and experience a connection to the space,” Michaelsen said. “And as visiting jurors we have dialogue about what everyone is feeling.”

San Diego International Airport’s Terminal 2 Parking Plaza was another Orchid winner for public art, for the outstanding use of the building’s exterior by artist Mark Reigelman. Africa Rocks! at the San Diego Zoo won for landscape architecture, with nods to Quince Farm Studio and ELM Environments.

The Orchids & Onions Awards Ceremony is one of four big events staged by the San Diego Architectural Foundation each year.