Two Michelin-starred chefs have relocated from Italy to San Diego to helm a 5,000-square-foot restaurant that intends to make a statement about modern Italian cuisine, both locally and nationally, by bringing together the regional food of Calabria in Southern Italy with the unparalleled ingredients found in Southern California. Il Dandy drops this Friday, May 10 at the corner of Fifth and Laurel in Bankers Hill.

Antonio and Luca Abbruzzino are the founders of Ristorante Abbruzzino, which was awarded its first Michelin star in 2013 and has retained its star rating every year since. The father and son were recruited by friends and fellow Calabrians Dario and Pietro Gallo, who moved from their hometown of Cosenza, Italy to open Little Italy’s Civico 1845 in 2015. Focusing on traditional Calabrian dishes, the India Street restaurant is a wild success by any measure, but now the brothers have partnered with their father Giampiero to introduce San Diegans to the more progressive side of Italian gastronomy.

Designed in collaboration with Agostino Sannino, the light-filled corner space draws from mid-century modern style and features Italian abstract art, including a custom architectural relief hung above the 2,300-square-foot glassed-in kitchen that represents a Mediterranean seaside village. At close to 100 seats, Il Dandy will activate its 40-seat patio next month, followed by the launch of its six-seat, tasting menu restaurant-within-a-restaurant, Arama.

Named Best Young Chef in Italy in 2016 by the well-respected Guida de L’Espresso, Luca Abbruzino and his father will be channeling their old-world and contemporary techniques into working with local seafood and organic produce while incorporating in the iconic flavors of Calabria; dishes include carpaccio di gamberi with spotted prawn, tropea red onion sorbetto, and citrus and risotto with mussels, squid, mullet, shrimp, ‘nduja, tumeric, and orange butter. Open for dinner nightly, the restaurant will eventually add brunch as well as a true Italian aperitivo.

A large selection of amari and grappa will be offered at the bar, with Italian spirits and liqueurs also featured in cocktails from bar manager Cesar Sandoval (Catania). Italy’s classic lager, Manabrea, will be poured alongside local beer, and the glass wine showcase near the restaurant’s entryway will showcase small Italian wine producers, including the best from Calabria.

Now that they’ve teamed up with the Michelin-starred chefs, Dario Gallo says that he’s planning to do a refresh of Civico 1845 that will modernize and elevate the restaurant in terms of its food and design. 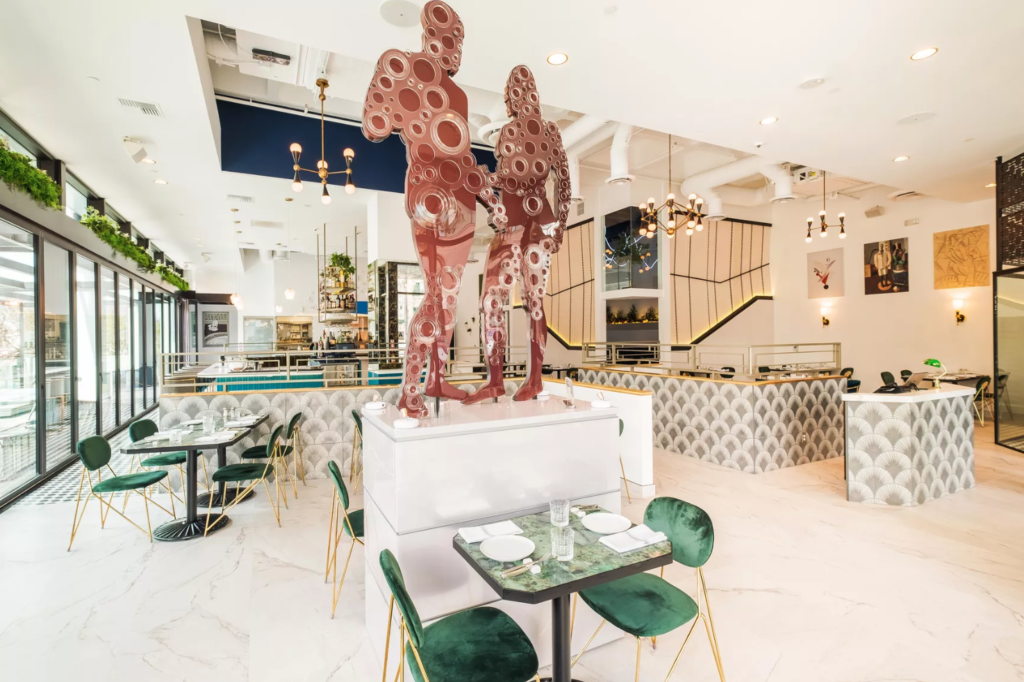 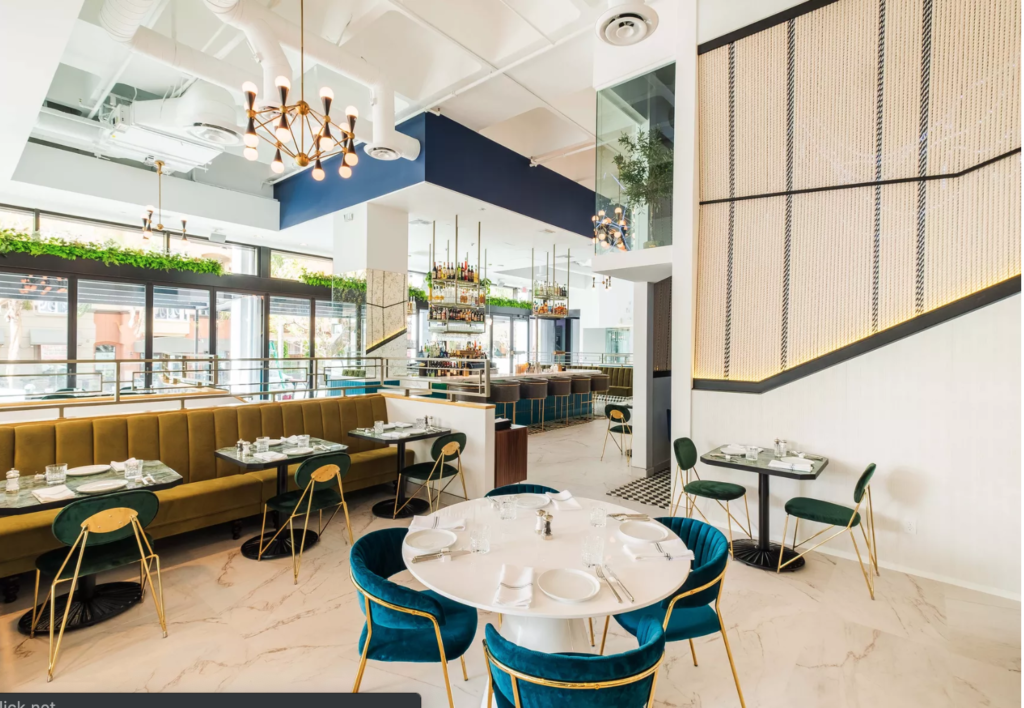 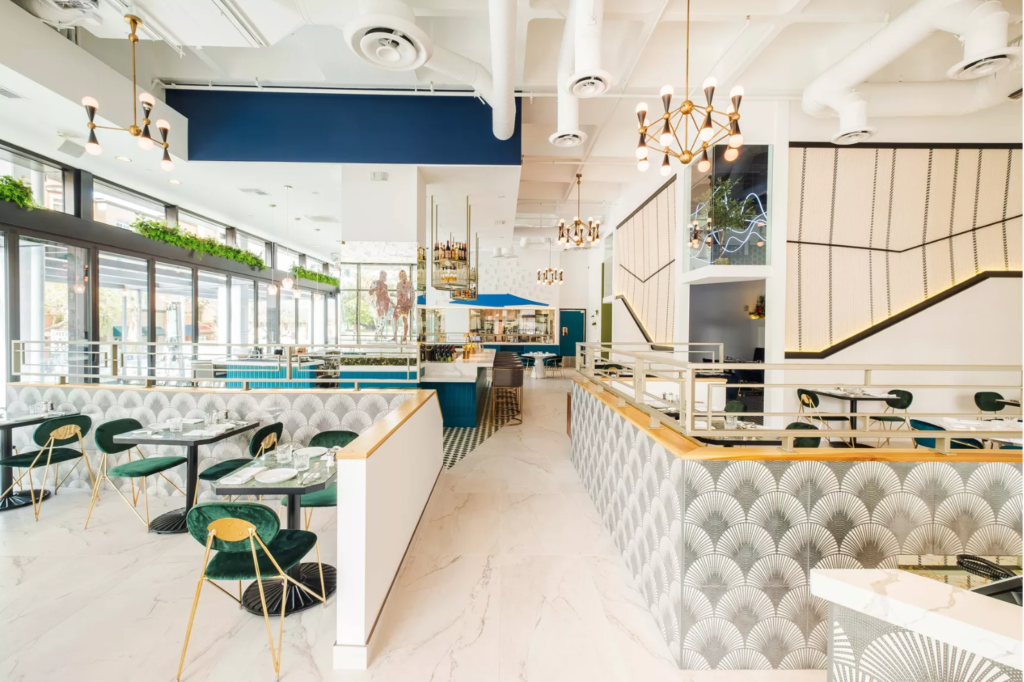 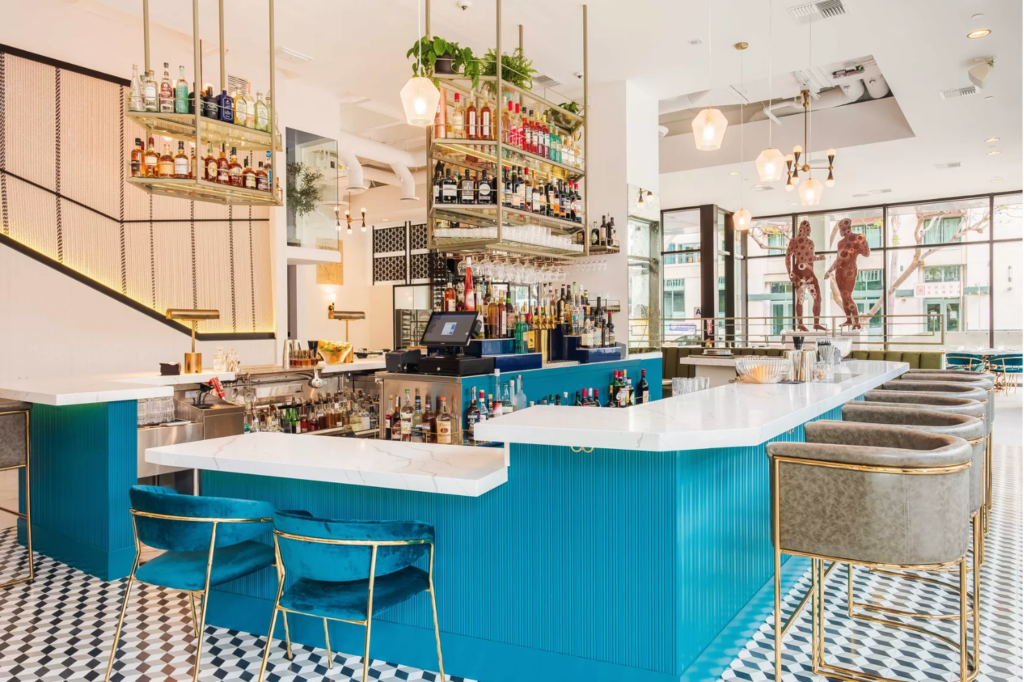